This is OKLAHOMA! like you’ve never seen it before.

This is OKLAHOMA! like you’ve never seen it before.

The 2019 Tony-winning Best Revival of a Musical, visiting ASU Gammage, has been re-imagined by the visionary director Daniel Fish and reveals a distinctly modern subtext to the classic 1943 musical by Richard Rodgers and Oscar Hammerstein.

Not a word of text was changed in the script, but the artistic choices employed in this production yield a new vision on a classic story. Read on for some additional context that will help set the stage as you experience this classic musical in a whole new light.

WELCOME TO A SHARED EXPERIENCE

At its core, OKLAHOMA! has always been a story about a community coming together, and this production uses scenic and lighting design to evoke a sense of togetherness. Auditorium lights are left on for certain parts of the show, creating a shared experience among audiences and actors. There are also moments of total darkness, where all lights in the theatre are turned off, allowing audiences to focus intensely on dialogue on stage.

Upon entering the theatre, you’re welcomed into a communal space that evokes life in a rural community. A sparse, plywood set is lit brightly, scattered with wooden tables and chairs and a faded wall mural of a farmscape projected on to the back wall. Colorful mylar fringe hangs at the top of the set. A band is visible center stage.

Perhaps most surprising to audiences will be gun racks on each of the side walls of the set, holding 114 guns.

THE PRODUCTION THAT FEELS LIKE AMERICA TODAY
“At its birth, the show was to its America what Hamilton has been to ours: both an unexpected record-smashing box-office phenomenon and a reassuring portrait of our past that lifted up theatergoers at a time of great anxiety about the country’s future. Its Broadway opening took place less than 16 months after the attack on Pearl Harbor, when America was shipping its sons off to war and still digging out of the Great Depression. Like Hamilton, too, Oklahoma! was deemed artistically revolutionary for its time.” -New York Magazine

OKLAHOMA! has long been celebrated as an iconic piece of musical theatre, uniting audiences with the idea of a perfect America, basking in the bright golden haze on the meadow. But viewed anew in the context of a country still struggling with racial, economic and gender equity, sharply divided by political beliefs, and emerging from an isolating pandemic and racial reckoning, this production pushes back on the notion of a perfect nation—instead suggesting the idea that America is still very much a work in progress.

The cast is made up of actors of different races, backgrounds, sexualities, gender identities, religions in a company of storytellers reflecting the rich diversity of America. They are costumed in modern clothing—t-shirts, blue jeans, trucker hats—and accompanied by a seven-piece Bluegrass band, complete with banjo and steel drum.

The Grammy-nominated score re-orchestrates some of the most classic songs in American theatre history. The resulting sound is a refreshing, modern take on a score that remains full of earworms you’ll be humming in the days to come.

A STATEMENT ON GUN VIOLENCE

The most surprising element of this production to many audience members will be the intentionally staggering display of guns on stage and in use during the production.

Guns are fired four times during the show, and the sound of the gunshot is amplified each time.

The guns used on stage are prop guns and no live ammunition is ever kept on site or on stage. The touring company has been trained in gun safety with experts.

OKLAHOMA! is proud to the first gun-neutral show on Broadway and National Tour. For every visible gun in OKLAHOMA! will make a minimum donation of $100 per gun on behalf of the show to Gun Neutral’s 501c3 non-profit, a non-partisan initiative open to all storytellers, producers and financiers, calling for greater social responsibility to offset and account for gun violence in entertainment.

DREAM BABY DREAM
Famed modern dance choreographer Agnes de Mille’s “Dream Ballet” concluded Act One in previous productions of OKLAHOMA! The dance is an important piece advancing the conflict in Laurey’s story—a Freudian fever dream interpreting her inner struggle between two suitors vying for her attention and the chance to escort her to the town box social.

A signature moment of any production of OKLAHOMA!, choreographer John Heginbotham set his version of the Dream Ballet on one barefoot modern dancer wearing a sequined DREAM BABY DREAM t-shirt, an homage to de Mille’s original piece. The result is a striking, reimagined piece with a distinctly rocking modern take. In this production, it is a stark beginning to Act Two.

DISCLAIMER
This production of OKLAHOMA! is recommended for children ages 12 and up and contains fog, loud gunshot effects, moments of total darkness and violence. 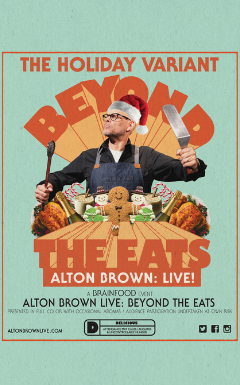 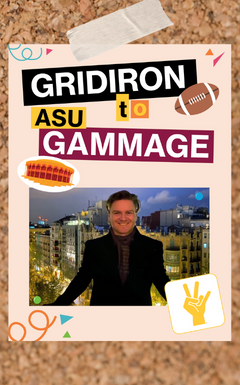 Plan your visit to ASU Gammage