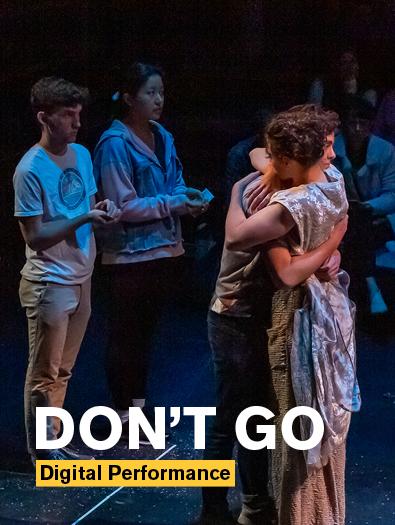 Sojourn Theatre, founded in 1999, is an award-winning ensemble theatre company comprised of 17 artists who live in 7 cities and make performance together around the nation.

Blurring the borders between theatre and civic participation, Sojourn Theatre’s DON'T GO hosts four generationally and ideologically diverse community members, (we call them the Stranger Chorus) through a journey of playful connection, dynamic drama and surprising discovery. In a time when conflict has been weaponized to divide political parties, families, neighbors, and friends, four Sojourn actors guide four strangers across authentic dialogue, beautiful possibility, and the promise of what is not yet known...all in front of a virtual audience.

This digital performance will be an open rehearsal of a portion of DON’T GO, with the full theatrical play premiering later this year.