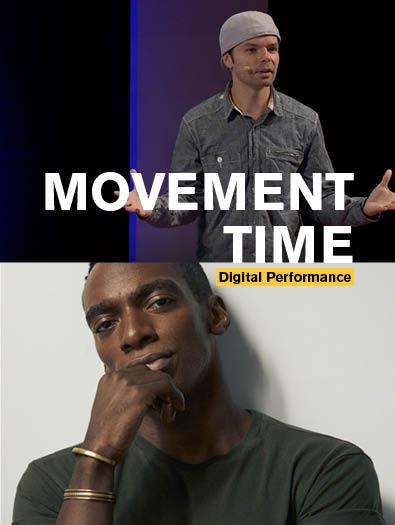 This is a FREE event, hosted on Facebook Live!

Part of the ASU Gammage Digital Connections series, critically acclaimed actor and writer Daniel J. Watts and ASU Gammage Artist-In-Residence Lemon Andersen join us for a live streamed Poetry reading and in depth conversation on the - Power Of the People - and Performance.

Lemon Andersen is an artist like no other. A Brooklynite with roots in Puerto Rico, he is equally at home creating with household names such as Spike Lee-Netflix’s She’s Gotta Have It series, Lebron James’ production company, Nike marketers and Hollywood studios as he is performing solo at the New York Public Theater or with his fellow Tony Award-winners in Russell Simmons Def Poetry Jam. What really sets Lemon apart, however, is this remarkable mix of talents combined with his passion for teaching and mentoring young people. Throughout the 2019-2020 academic year, Lemon will perform, teach and model excellence and connect communities on and off ASU campuses.

Daniel J. Watts, currently starring as Ike in the hit Broadway musical TINA, has appeared in nine Broadway shows including Hamilton, Memphis, and After Midnight. He received the Barrymore Award (Peoples Light) and the LA Ovation Award (Geffen Playhouse) for best featured actor for his portrayal of Sammy Davis, Jr. in “Lights Out: Nat King Cole” opposite Dulé Hill.  TV credits include Season 3 of “The Marvelous Mrs. Maisel”, Seasons 1 & 2 of “The Last OG”, “Blindspot”, & “Vinyl”.

Off-Broadway he has starred as the title character in Suzan-Lori Parks' "Death of the Last Black Man in the Entire World AKA The Negro Book of the Dead" (Signature Theatre) & "Whorl Inside A Loop" (2nd Stage).

A play-on-words, Daniel J. Watts’ THE JAM pays homage to Watts’ great-grandmother who, after making jam from scratch, would share with others what she was unable to consume herself. THE JAM is Watts’ continuation of that legacy, blending elements of stand-up comedy and compelling storytelling with his original spoken word, often set to music and/or dance. THE JAM: ONLY CHILD, a coming of age story where Watts unpacks the trauma of growing up an only child in a single-parent home as a black kid in the South, was a part of The Public Theater’s 2020 Under The Radar Festival.

Watts has also served as an adjunct professor of NYU's Tisch New Studio where he taught students how to create their own work by first investigating the ins and outs of themselves.