Colleen Jennings-Roggensack, arts leader and visionary is Vice President for Cultural Affairs for Arizona State University and Executive Director of ASU Gammage. She has artistic, fiscal and administrative responsibility for the historic Frank Lloyd Wright designed ASU Gammage, ASU Kerr Cultural Center, with responsibility for Sun Devil Stadium and Desert Financial Arena for non-athletic activities. She oversees the activation and transformation of Sun Devil Stadium into a year-round hub of cultural activity as ASU 365 Community Union. Colleen was also appointed by ASU President Michael Crow to co-lead the Advisory Council on African American Affairs. The council will enhance diversity, growth and opportunity for Black undergraduate and graduate students, faculty and staff.

She serves on The Broadway League's Equity, Diversity & Inclusion Committee, Government Relations Committee, the Executive Committee and the Board of Governors, Labor Committee and co-chairs the Legislative Council and Road Presenters/Intra-Industry Committee and is Arizona's only Tony voter. Colleen is a founding and current member of the Creative Capital Board and Senior Advisor to Women of Color in the Arts, former Association of Performing Arts Professionals board president, served on the National Council on the Arts at the bequest of President Clinton and is a Life Director of the Fiesta Bowl. She is a consultant to universities, international governments and a featured speaker at conferences. In 2020, she has served on multiple panels addressing human rights, justice, diversity, equity and inclusion and the future of Broadway; including interviews with W. Kamau Bell and Tony Awardâ director Kenny Leon related to the pandemic of racism; and participated in the TheaterMakers Summit on getting Broadway touring productions back on the road.

Colleen is the recipient of numerous awards including the 2021 City of Tempe Arts and Culture Community Impactor, 2020 National Coalition of 100 Black Women Education Legend, 2019 Valley Leadership Woman of the Year, 2019 ASU West Pioneer Award, National Society of Arts and Letters Medallion of Merit, Valle del Sol’s Mom of the Year, APAP Fan Taylor Award, Black Philanthropy Initiative Honor, The Broadway League's Outstanding Achievement in Presenter Management and Arizona's Governor’s Arts Award. In 2012, The Arizona Republic recognized Colleen for Arizona’s 100th Anniversary as one of the individuals who had the greatest impact in the era.

Former dancer and choreographer, Colleen is married to Dr. Kurt Roggensack, volcanologist at Arizona State University, and the proud mother of Kelsey, an All-American swimmer, a graduate of Williams College, two-time Fulbright Scholar, who earned a master’s degree from Harvard University and currently pursuing a PhD at Cornell University. 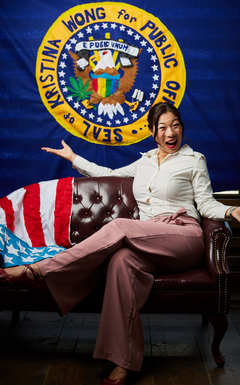 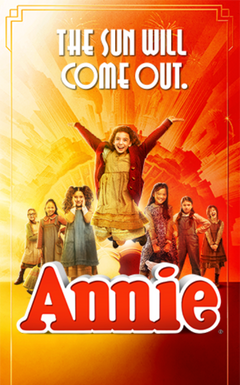